For the 4th round of the Dutch Eredivisie, PSV Eindhoven hosts Feyenoord. The matches between these 2 rivals are often unpredictable. A quick look at the statistics, we see that Feyeenord has recently beaten PSV with 4-3 and 10-0, but their rosters have been quite equal in terms of quality. PSV is very strong at home (18 wins in the last 19 league matches). The defending champion kicked off the season in uncertainty. After a convincing home victory in the Super Bowl against Groningen (2-0), PSV started losing points unexpectedly (away to ADO Den Haag and Heerenveen).

Unlike PSV, Feyenoord started the season in confidence. Only them and Ajax have won all 3 opening matches. These 2 teams are leading the Eredivisie race. The team from Rotterdam has beaten Utrecht (3-2) in the 1st round, followed by an away win over Cambuur and a home win against Vitesse (both with identical score, 2-0). Dirk Kuyt has scored in all 3 games, every time from the penalty spot.

During the off-season, PSV lost a key player in Wijnaldum (moved to Premier League for Newcastle), but they brought in Mexican international Andres Guardado. Young starlet Jetro Willems is currently injured and PSV are missing their key left back. Feyenoord signed Colin Kazim-Richards and striker Michel Cramer, who scored 17 goals last season at Den Haag.

PSV will miss Menno Koch who got injured and won't be able to help his team until the end of September. Defender Jetro Willems and midfielder Florian Zhozefzun are recovering from their injuries as well. Feyenoord on the other hand are not missing any players.
According to bookmakers, PSV are favorites to win this match. However, Feyenoord is in excellent shape and it's unlikely that they will lose this game. Footbe recommends to bet on a draw in this match. 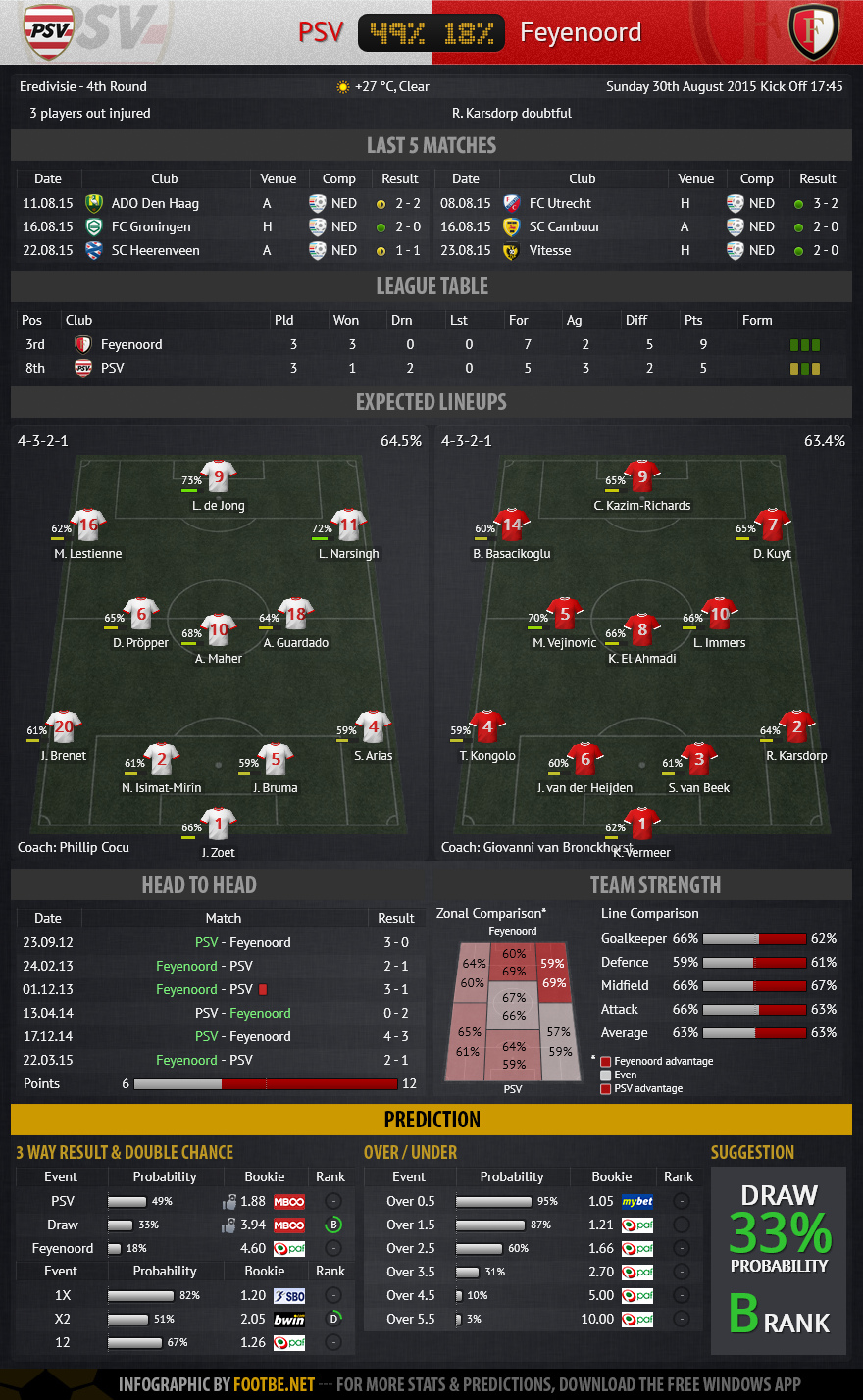