In the first round of the English Premier League, Stoke City will take on Liverpool at home. It is noteworthy that last season Liverpool lost to the Potters with the impressive 6-1. During the off-season, Liverpool brought in several new players. Benteke, Milner, Clyne and Roberto Firmino joined. However, Sterling and Steven Gerrard left.

Stoke perform best at home. They strengthened their roster by signing Van Ginkel, Afellay, Joselu, Given and Glen Johnson. After the departure of Luis Suarez last season, the team has rarely managed to score 1-2 goals per game. The history between the 2 clubs counts 16 games. Stoke won 4 times, Liverpool won 7 times, and 5 times the games ended in a draw. Based on statistics, Liverpool have come away with the W over the potters just a few times, despite having a slightly superior roster.

According to the bookmakers, Liverpool is the favorite of the match. Most likely Liverpool will dominate the game and try to avenge last season's embarrassing 6-1 defeat. Stoke is a dangerous team. Besides Liverpool, the Potters managed to steal points from Manchester United, Everton and Tottenham. The match has to be very tight. Footbe recommends to bet on a draw in this game. 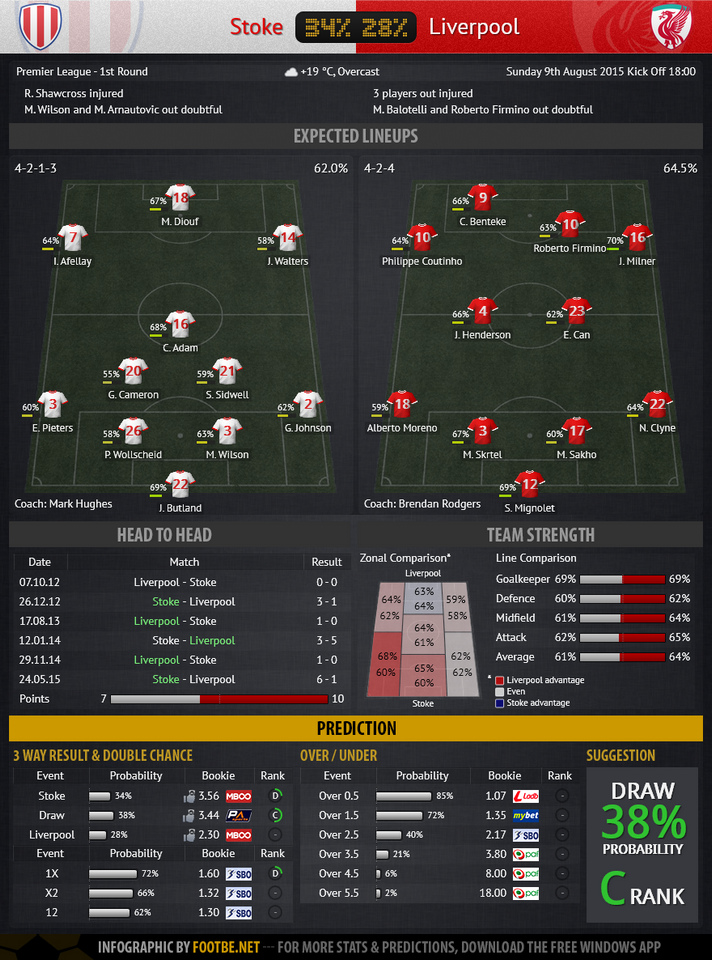