Vorskla Poltava hosts Metalist Kharkiv for the 6th round of Ukrainian Premier League. In the previous round, Poltava unexpectedly lost 2 points in Zaporizhzhya after a 1-1 draw against Metallurg. Metalist Kharkiv on the other hand, managed to get away with the draw at home against Hoverla despite trailing 0-2. Both teams played in the Cup of Ukraine last week. Oleksandr Sevidov's team failed to secure a win over IFC Nikolaev. Basil Sachko's side defeated Chernigov Desna on penalties.

There are problems at both sides and it will be important for each of the two rivals to get a win to reclaim confidence. Metalist counts 1 victory gained in the first round, while Vorskla is still looking for their first win. The match will take place in Poltava, where Vorskla traditionally performs well.

The debut of Croatian striker Ivan Rodic (who moved to Metalist) won't happen during this round as he's not match fit yet. It is noteworthy that he has spent 3 seasons in the Ukrainian Premier and scored only 1 goal. Last season he was a backup option at Goverle. Metalist won't have Kurilov either, as well as the injured Bogush and Nepogodov. The confirmed squad includes the young goalkeeper Tkachenko, as well as the return of Dolgy and Dallku.

Vorskla has lost just 3 times at home to Metalist in the past. Metalist doesn't seem to have enough to defeat Poltava. Vorskla are hungry for the 3 points and they should be able to make it happen. 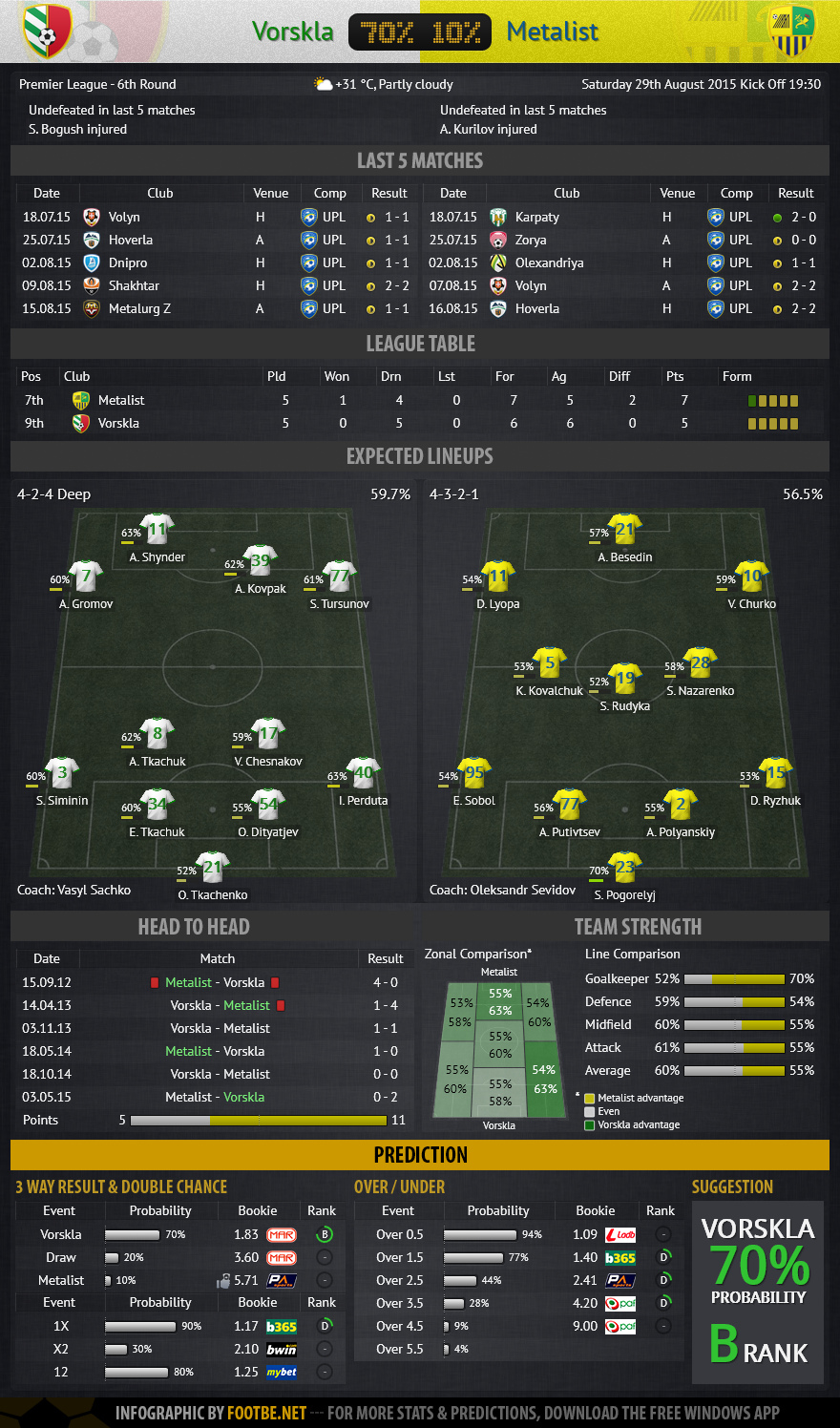