Week #31 was unfortunately even worse than the previous one in terms of points lost. With the exception of Primeira Liga and Ukrainian Premier, all other leagues were negative. The final result for week #31 is -21.8 points / -26.3% ROI.

This has been our worst streak since we launched footbe. Starting with week #28 up until this week (#31), we have accumulated -48 points of losses. But still after 31 weeks, we are at +113 points / +162% in terms of ROI based on 70 max recommendations per round. 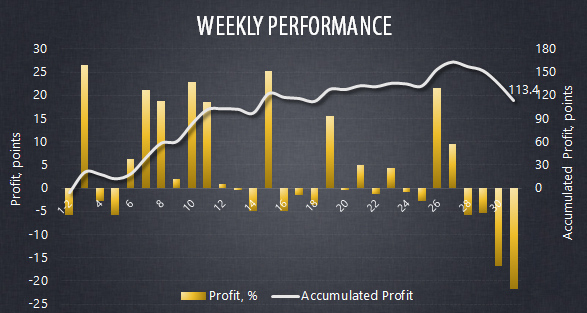 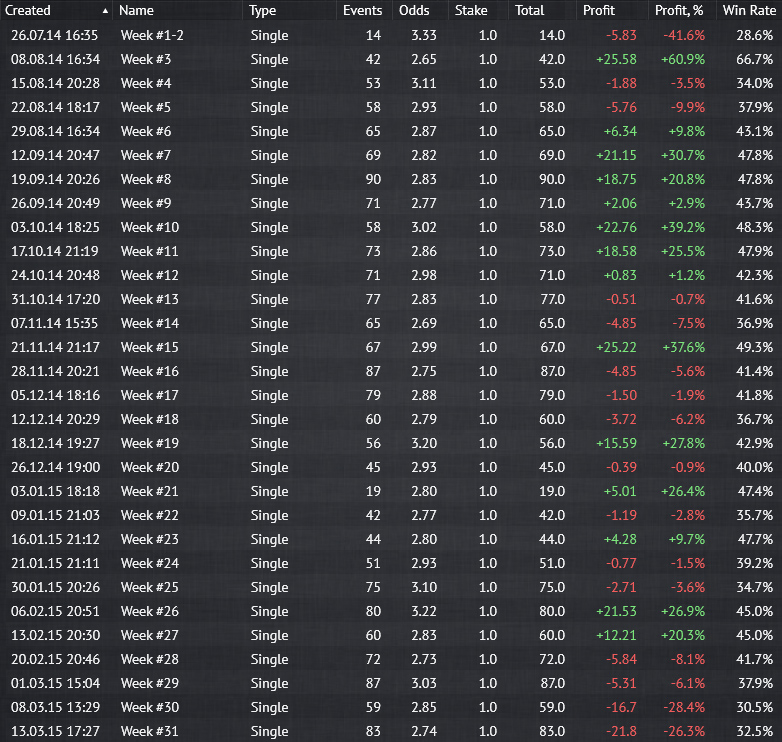 We believe the low accuracy of our recent predictions is related to European cups and national team games taking place during February - early March. As a result a lot of teams (and players) don't perform as expected due to low physical condition and/or morale, which are not taken into account in our current statistical models.
We are now importing all available data related to side competitions, such as national team games and cups. We are going to do deep analysis of this data on player level in order to assess how exactly these side competitions affect the performance of players. And we expect improvement of our results soon as it happened in previous season around the same time frame.